Wow! The thrill of finding silver – there’s nothing like it! It’s not just the monetary value, but silver in the ground often does not tarnish, so it pops out of the dirt in brilliant glory! Here’s how you can fine-tune your detecting skills to collect more silver for yourself.

Using your own ears to distinguish between detector sounds is a basic skill, but it deserves a second look when your goal is digging up silver.

I suspect you already have these sound differences stored in your memory banks, but it’s valuable to focus your attention on their qualities as you set out to find silver.

Detector Settings – Getting it Right!

Just as your ears can learn to distinguish detector sounds and what they mean, your detector does exactly the same thing. Modern detectors accurately measure phase shift caused by the target, which helps determine the conductivity of the coin or jewelry.

Silver is a pure element and an excellent conductor of electricity. It’s a better conductor than copper. This is what enables the robust sounds in your headphones described above. Figure 1 shows how electricity flows more easily through silver.

You can adjust the settings on your detector to alert you when you have a rich signal that indicates silver. More specifically, you can turn off the beeps that represent less precious metals. The relatively inexpensive ACE series of Garrett metal detector features notch filtering, where you can select to hear only the most promising targets.

Figure 1 Silver has one “loose” electron in its outermost ring. This makes electron flow easier. Impure metals impede the flow of electricity, so the detector signal is not as clear.

Figure 2 shows detector displays which enable you to select only the high-end phase-shift coins. The ACE 300 uses notch filters. The more expensive detectors use reference code numbers, or Target Identification (TID) numbers to indicate the coin. Fore example TID number of 18 is almost always a nickel, and a quarter registers at 79. You can see in Figure 2 the area of high value on the face-plate next to the word “silver”

In practice, I find it best to combine the above two methods. I usually set the detector to find the more valuable coins, eliminating nickels and zinc pennies. I then keep my ears open for the tell-tale zipping sound of the silver targets. This method is best because you will sometimes find a silver ring, which registers lower on the discrimination scale but still gives you that distinctive zipping sound of silver.

There’s no diplomatic way to say this: The expensive detectors are much better at finding silver coins and jewelry than the cheaper models. Sure, you can often find the valuable targets with a $100 detector, but for the dedicated dirt-fisher, the advanced engineering of the high-end machines are your best bet.

The more advanced detector models have more robust signal processing features and better discrimination, which allows you to separate treasure from trash. The technology for this sport has advanced markedly in recent years, to where you can now measure not only phase-shift, but target conductivity, target identity, and depth of the coin.

I was on a 3-hour club sponsored hunt in a park using a relatively decent $500 detector. My buddy following behind me covered the same ground as I did and he came up with a silver quarter at 9 inches deep. This happened three times in the same day. He got two silver quarters and a silver dime in locations I had covered just minutes ahead of him. His machine was $1,200 model.

The latest technology in detectors means that the newer, more powerful detectors add a host of features that help you find coins and jewelry in a more productive manner.

Lower frequency settings lets you find objects that are deeper in the soil, and the higher frequencies help find smaller objects.

Metal Detecting Tip: Change your batteries frequently. This applies to all detecting modes, but it helps substantially in silver hunting. A detector that takes four AAA batteries at 1.5 volts each should register near the upper limit of 6.0 volts DC. If each battery drops to 1.1 volts, that is a loss of 27% in power output.

Your best bet for silver fishing is the double-D (DD) coil. This arrangement is actually two coils whose fields interact in such a way as to produce flattened spade-like magnetic field. Figure 3 shows the shape of the coil field for a round coil versus a double-D.

The flatter, fan-shaped scan area of the double-D coil makes it easier to pinpoint the coin, and the field penetrates deeper into the soil. Conclusion: The DD coil works much better.

Best Locations for Finding Silver with a Metal Detector

Your hunting location is just as important as your detecting gear. Here are some tips for finding silver.

Silver currency started disappearing from circulation in 1964, when the mint switched to silver plated coins. Knowing where people lived before that date will be a big help in scanning the most productive areas.

You will have a much better chance of finding silver in the areas that were populated long ago.

Use your brain in selecting a place to hunt. Here’s an (oversimplified) example. I live in a town at the base of the foothills of the Sierra Nevada mountain range. The old covered wagon trails snake through a narrow pass that ends in a wide valley. Guess where the wagon train, and later millions of motorists, will take a break, stretch their legs and lean back against an old oak tree.

A few miles to the west of that pass is a small town which happens to be in gold country. The early Wells Fargo Bank had an assay office in town where they would exchange gold for hard cash. The town town council recently decided the old main street was too narrow for modern traffic. They pulled up the sidewalks for repaving the streets and walkways. Guess who was there with a metal detector for the two weeks between the sidewalk removal and the pouring of the new walkways?

Well, you might not have such ideal locations or opportunities where you live, but the mental process will be similar. Search in old areas where people often congregated.

Silver coins are often worth more as collector items than simply the value of the silver. You can destroy much of that value by gouging a deep scratch on the surface when you retrieve it.

Do yourself a favor and buy a hand-held probe. They make pinpointing and coin retrieval about twice as fast.

Handle any Silver Finds with Care

When you find a potential silver target:

Most soil contains sand, or silica (silicon dioxide), often in the form of quartz, which is extremely hard and will easily scratch the softer silver. Even rubbing the dirt off with your fingers is enough to cause a scar. Best bet is to carry a small medicine container filled with soapy water. Drop the coin in there and wash it carefully when you get home.

Many clubs have weekly events where dozens of detectorists descend on an urban park. These sites may be over-fished. They have been scoured many times for coins. Instead, focus on smaller parks, grassy areas near major travel routes, and open fields near the center of town.

Finding Silver with your Metal Detector

There’s an old saying: Treasure is where you find it. You can, however, increase your odds of success by applying some of the ideas discussed here. Good luck! 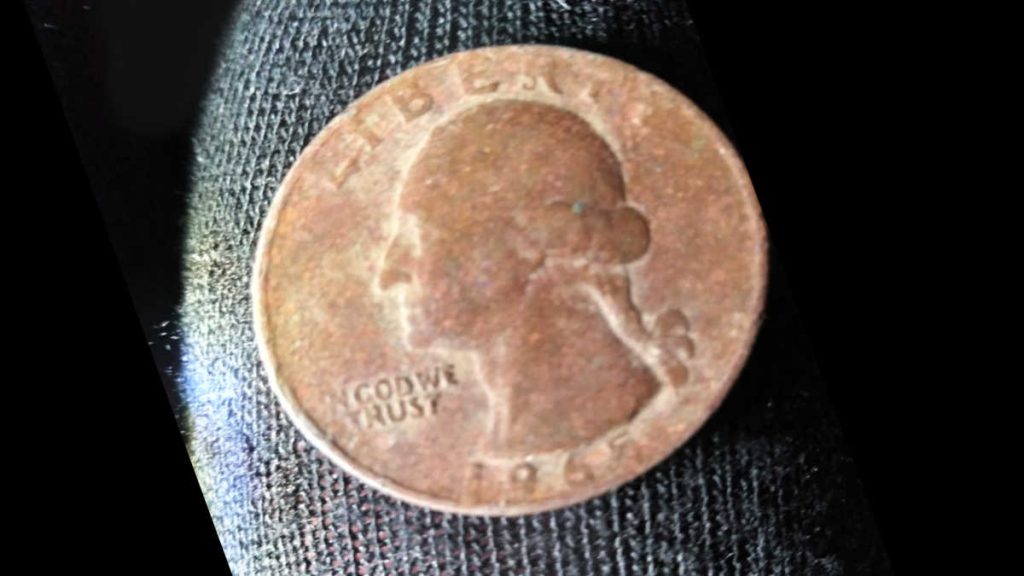 I Found a Rusty Quarter (Do Quarters Rust?)

One of the most common things I find when I’m out metal detecting is rusty quarters. Some of the quarters… 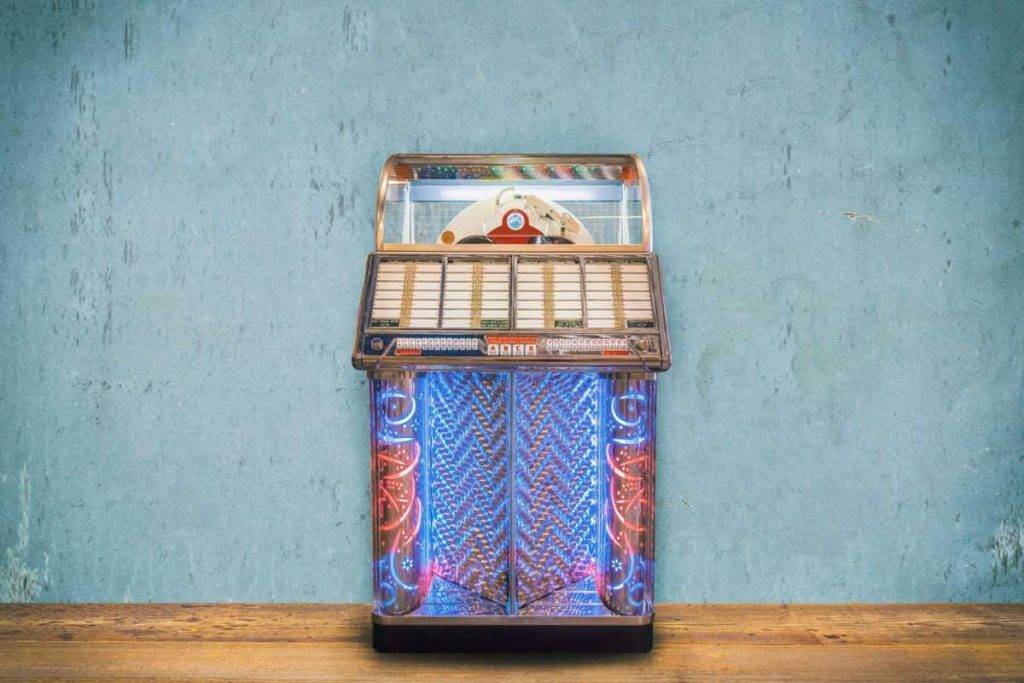 What is a Jukebox Quarter? (Is it Valuable?)

Now and then, I receive quarters painted either red or blue. I wondered why people paint them until a friend… 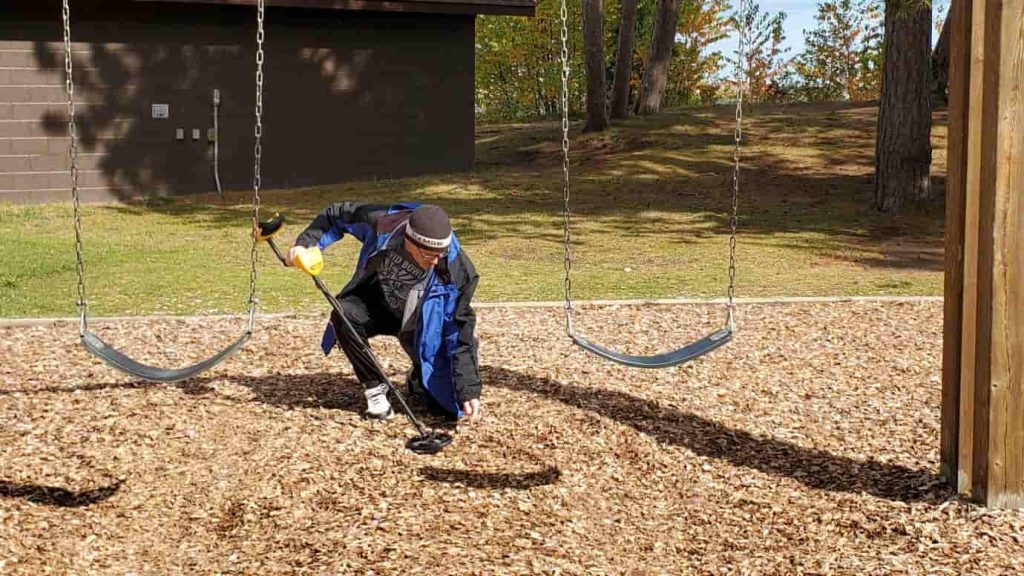 Old coins are a perfect treasure for a METAL DETECTING. Read about 5 Favorite Places to Metal Detect for…
Read More 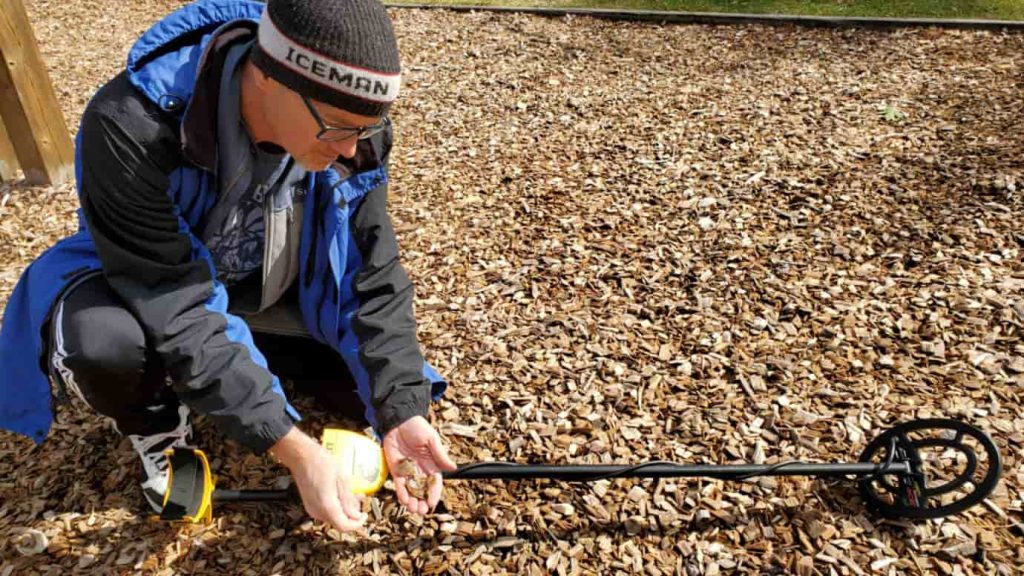 Vince Migliore is a writer and researcher. He has written numerous magazine articles on metal detecting and three books. His latest book is “The Art and Science of Metal Detecting,” available in paperback at Amazon.