What is a Pinpointer in Metal Detecting? (Do I Need One) 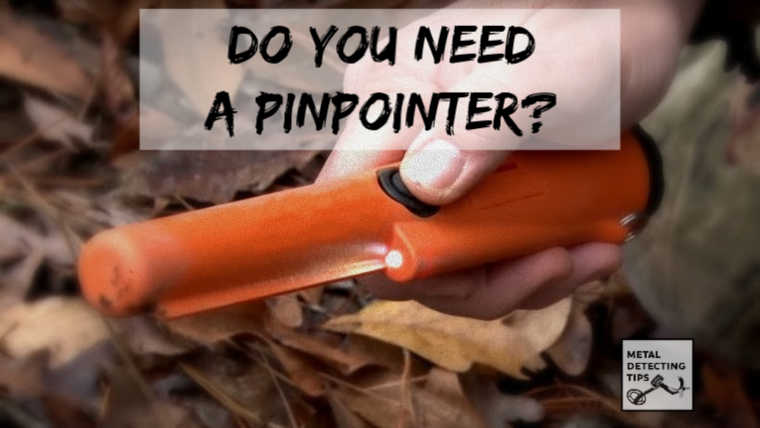 I used to search for coins and other things in my back yard but had to stop because I was wreaking my grass with large holes. After doing some research I found out that I could have been digging much smaller holes if I had a pinpointer.

What is a Pinpointer in Metal Detecting?

A pinpointer is a device, whether handheld or built into the metal detector, which allows you to hone in on the exact location of a hit on your regular metal detector. They work by relating the frequency or volume of a sound to how strong the signal the pinpointer is receiving from the object.

What are the Different Types of Pinpointers?

The Built in Pinpoint Function of a Metal Detector:

What are the Advantages of a Metal Detecting Pinpointer?

While the pinpoint function of a regular metal detector can be somewhat useful it should not be confused as being the same thing as a metal detector pinpointer. A metal detector Pinpointer is a specialized tool which is useful for determining the exact location, depth, and even size of an object without the hassle of using an all-purpose metal detector.

Additionally, often times with larger targets, and even some smaller ones, you will damage the object with your shovel because you don’t really know how deep the object is. With a metal detector pinpointer you will know exactly where, and how deep, a hit really is. This helps you dig smaller holes and find your targets quicker. These things together result in a much simpler experience for avid hunters and a much more positive experience for beginners.

How do you use a Metal Detector Pinpointer?

The Garrett Pro Pointer AT is the newest version of the old favorite. It is a fully waterproof, durable, easy to use meatal detector pinpointer which is bright orange in color so you don’t lose it underwater.

Furthermore, the simplicity of the Bounty Hunter Pinpointer doesn’t end with its design. This pinpointer is controlled singularly by a knob which controls the sensitivity of the metal detector pinpointer. Moreover, it runs on just one standard 9-volt battery.

This metal detector pinpointer is on the low end as far as pricing is concerned, but definitely not in quality. While the materials and functionality of the Kuman pinpointer are, expectedly, lower quality than the Garret Pro Pointer, the Kuman pointer does clearly get some inspiration from its more expensive competitor.

The Kuman pinpointer is a water-resistant metal detector pinpointer that is both bright orange and controlled by just a single button, much like the Garrett Pro Pointer. Another similarity is that both pinpointers come with an included waist holster.

The Fisher F-Pulse metal detector pinpointer is similar to the Garret Pro-Pointer in that they are both at the top of the range when it comes to both quality and price. However, the similarities pretty much end there. The Fisher F-Pulse is an induction pinpointer with three sensitivity levels and is waterproof up to six feet.

The Deteknix Xpointer metal detector pinpointer is a good middle of the road choice when you don’t want to spend premium pinpointer amounts of money but still desire a premium experience. The Xpointer is bright orange and made of reasonably good quality plastic. It comes with a waist holster and is constructed to be water resistant. Unlike many of the pinpointers on this list the Xpointer has two buttons, one for controlling the sensitivity of the device and one for the included flashlight.

The reviews for this product describe it as just as good as the Garrett Pro Pointer but with a lower cost. Although, it is important to know that water resistant is not the same thing as waterproof.