What is Phase Shift and Target Identification in Metal Detectors 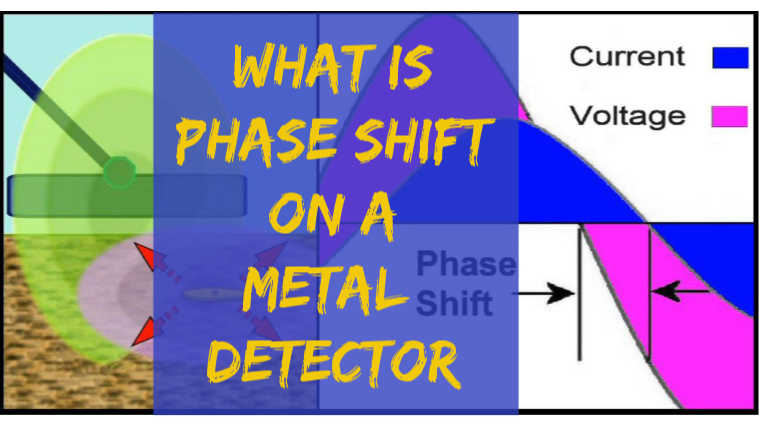 Phase Shift and Target Identification (TID) are terms you come across early in your exploration of metal detecting technology.

Here we explain what these terms mean and describe how phase shift is related to target identification.

The basics of electricity tell us that running a current through a wire creates an electromagnetic field around that wire. If you move another wire through that field it induces current into that second wire. That effect is called electromagnetic force, or “emf.” Now it doesn’t matter if the wire moves through a stationary field or an alternating field moves through a stationary wire. The generation of emf works the same in both cases.

A detector runs a radio frequency current, anywhere from about 5-khz to 20-khz through its coil. This creates a moving field that expands and collapses many times each second. This is a moving field. A coin in the ground is like a tiny 1/2-inch piece of wire. The moving field from the coil induces a very small emf in the coin, called an eddy current, Figure 1.

Figure 1. The radio-frequency electromagnetic field from the detector coil generates an eddy current in the coin in the ground.

Figure 2. The eddy current in the coin pushes back on the field from the detector coil, causing a phase shift, where the current and voltage wave-forms become out of step.

What Causes Phase Shift on a Metal Detector

A highly conductive target, such as a silver dollar will create a large phase shift in the detector coil. A zinc penny will cause a smaller shift, and a rusty nail even less.

The push-back from the target also explains why you get mixed signals from asymmetrical targets. A long nail scanned in one direction will produce a different phase shift than if scanned at 90-degrees from the original coil swing.

These changes in the current/voltage phase shift are exceedingly small, so it takes a highly refined signal processing circuit to detect the differences.

For less expensive detectors, the phase shift scale is broken up into segments or categories, generally called notches. These notches can be turned on or off to either select or eliminate phase shift categories. If you want to look just for coins, you can turn off , or gray out, the notches for iron, foil, and pull-tabs.

The Fisher F22 has 10 such notches. The Garrett Ace 300 has 12 notches that span the entire phase shift scale. You can see the categories across the top in the first two face plates Figure 3. The more expensive Minelab Equinox has 50 notches and each one can be turned on or off. In Figure 3 you can see some of the notches are grayed out along the semi-circle of the phase shift scale. These are most likely programmed to eliminate junk iron, pull-tabs, and bottle caps.

Figure 3. Face plates for different detectors: the Fisher F22, the Garrett Ace 300, and the Minelab Equinox 600. Each shows the discrimination values that can be programmed on or off to eliminate unwanted targets.

Does Phase Shift and TID Cost More on a Metal Detector?

In a more expensive detector, the phase shift scale is more exquisitely defined, into many more specific readings called Visual Identification (VID) numbers. The engineering for this finer performance is what makes the detector more costly. The payoff, however, is that you have much more specific target identification. This allows you to distinguish between a zinc penny and a copper penny, or between a silver dime and a clad dime.

The VID scale numbers from any one manufacturer are generally different from other machines. Whichever detector you use, you soon become familiar with the numbers corresponding to specific coins or common junk items, such as pull-tabs. This speeds up your choices on which targets to dig.

I hope this answers your questions about discrimination. Good luck and happy hunting.

Vince Migliore is a writer and researcher. He has written numerous magazine articles on metal detecting and three books. His latest book is “The Art and Science of Metal Detecting,” available in paperback at Amazon.