With its vast stretches of picturesque coastline and densely forested interior with rivers meandering throughout, the state of Oregon is an outdoorsman’s paradise. From fishing to skiing and camping to rafting, just about any outdoor activity can be done in Oregon. This also makes it a haven for metal detectorists of all levels, from recreational hobbyists to diehard enthusiasts.

There are plenty of old relics to be found in Oregon too. Indigenous peoples lived in Oregon for thousands of years before the Lewis and Clark expedition ended at the Oregon coastline. Parts of Oregon are dotted with mining towns that were once settled by treasure-seekers who looked to make their fortunes in the Beaver State.

Here are the seven best places to metal detect in Oregon:

1. Florence and the Siuslaw River – Better Bundle Up

Nothing is as scenic and relaxing as walking along the northern Oregon coastline in the middle of summer. Tourists and native Oregonians flock to these beaches during the warmer months. As far as metal detecting goes, however, fall and winter may actually be the best times of the year. There are several reasons for this:

Here’s how to find Florence: https://goo.gl/maps/18Dhhw2bcuiMDQYk6

One more thing to keep in mind is to check the tide tables. The best hunting on Oregon’s beaches will often be at low tide when the waves pull back from the sand.

Located on the western slopes of the Cascade Mountain range, Umpqua National Forest occupies nearly a million acres of federally managed land, and among the multitude of outdoor activities it supports and allows is metal detecting.

Since it is a national forest, it is important upon arrival to check in with one of the many ranger stations to learn exactly where and how metal detecting is allowed. It may even be a good idea to call ahead in case a permit needs to be purchased. (Here is a list of the ranger stations with phone numbers: https://www.fs.usda.gov/recarea/umpqua/recreation/rocks-minerals/recarea/?recid=63384&actid=60.)

Aside from metal detecting (this is a national forest, after all), the list of activities for people of all ages is long and diverse. These are just a few highlights:

Here’s how to get to Umpqua National Forest: https://goo.gl/maps/uvEgsfZj7hGbjuXFA

Agate Beach is an Oregon state recreational site, and according to the state’s park department, metal detecting is allowed on mowed lawns and picnic areas. It is also allowed on the sandy beaches lying between the vegetation line and the ocean. This means the opportunities are there to uncover some bling, old coins, and other noteworthy items.

Agate Beach isn’t just a metal detectorist’s paradise. It is a fantastic place for beachcombers as well. In fact, as the name implies, colorful agate rocks can be found all over Agate Beach and, when cut open or polished, can make wonderful additions to any rock collection.

Another fun activity is hunting for glass fishing net floats (they are basically spherical glass balls) that people hide for others to find.

Heading to Agate Beach? Here’s where to find it: https://goo.gl/maps/JBVhFoJrb4YN2RFx9

While metal detecting is allowed on large stretches of beaches up and down Oregon’s coastline, shipwrecks are considered protected archeological sites and are therefore strictly off-limits.

Although it was established only two decades ago, Munson Creek Falls is already a hiking favorite among Oregonians because of its lush scenery and spectacular waterfalls. Named after the locally well-known 19th-century settler, Munson Creek Falls attracts throngs of visitors eager to partake in its rich native flora. As detectorists know all too well, large and active crowds of people equate to great metal detecting.

As a state natural site, Munson Creek Falls allows metal detecting so long as detectorists are mindful of Oregon’s regulations relating to historically significant artifacts and items exceeding a certain value. And with the area’s rich history of native peoples and European settlers living and foraging here, chances are quite decent that a deliberate scanning session will yield a fair share of strong tones for items old and new.

Here’s how to get to Munson Creek Falls: https://goo.gl/maps/tbUqiMUexReW8EHf9

When metal detecting in Oregon, remember to leave existing vegetation alone (no cutting) and replace any dirt that has been moved. Also, any recovered items exceeding $100 in value must be turned over to park authorities.

Many of Oregon’s original settlers arrived with the hopes of making their fortunes mining for gold and other precious metals. As more and more of them settled in Oregon, mining towns began sprouting up all over the state’s eastern and southern portions. Granite was one such town, and it remained active until 1942, when the U.S. government shut down gold mines due to World War II.

Metal detecting in Granite can unearth items like old tools and implements, jewelry, and other personal effects from its former citizens. There is no telling what else lurks beneath the soil in Granite.

Among the many outdoor activities that are popular in Oregon are skiing and snowboarding. Mount Hood in the Cascade Range offers world-class facilities and is a true winter sports haven. But the fun does not end as the snow melts. Mount Hood Skibowl offers over 20 summer activities, including:

With so much activity year-round, the warmer months on Mount Hood offer great hunting opportunities for savvy metal detectorists while providing some of the most spectacular vistas in the Pacific Northwest.

Just to name a few. In other words, like so many areas in Oregon, it is a recreational utopia.

Milo McIver State Park has all the makings for fertile hunting grounds, and metal detecting is allowed without a permit in the day-use, equestrian, barn, and viewpoint areas.

The Oregon Parks and Recreation Department regulates metal detecting in the state and lays out areas where it can be done without permits and areas where permits are required. In general

Any recovered item exceeding $100 in value must be turned over, suspected antiquities must be left alone, and only ice picks, screwdrivers, and small knives may be used to probe and dig for buried items.

Further information can be found at https://stateparks.oregon.gov/index.cfm?do=v.page&id=21.

Seasoned metal detectorists throughout the Pacific Northwest, but particularly in Oregon, have heard stories and perhaps even seen the fabled (but true) Phoenix Buttons. These small brass buttons smaller than the size of a quarter were originally brought to the area by an American who intended to trade these items with indigenous peoples for furs.

The Phoenix Buttons were originally designed and produced in Europe for the army uniforms of King Christophe of Haiti. They never made it to their intended destination, finding their way to the areas around the Columbia River and Puget Sound instead.

Each Phoenix Button represents a tiny piece of history from nearly two centuries ago and is a bona fide treasure for those fortunate enough to find one.

Located on Portland’s outskirts, Northwest Detector Sales is the largest metal detecting equipment dealer in the Pacific Northwest region, with virtually all major makes and models in stock in their large showroom. In addition to their incredible selection, they offer unparalleled expertise with personalized customer support.

From sandy beaches to snow-capped mountains to arid plains, Oregon has something for all outdoorists. Metal detecting opportunities in the Beaver State are as wide-ranging and diverse as its natural features.

Whether in all-metal or discrimination mode, metal detecting in Oregon is a fantastic year-round way to enjoy the great outdoors in one of the most scenic places in the United States. 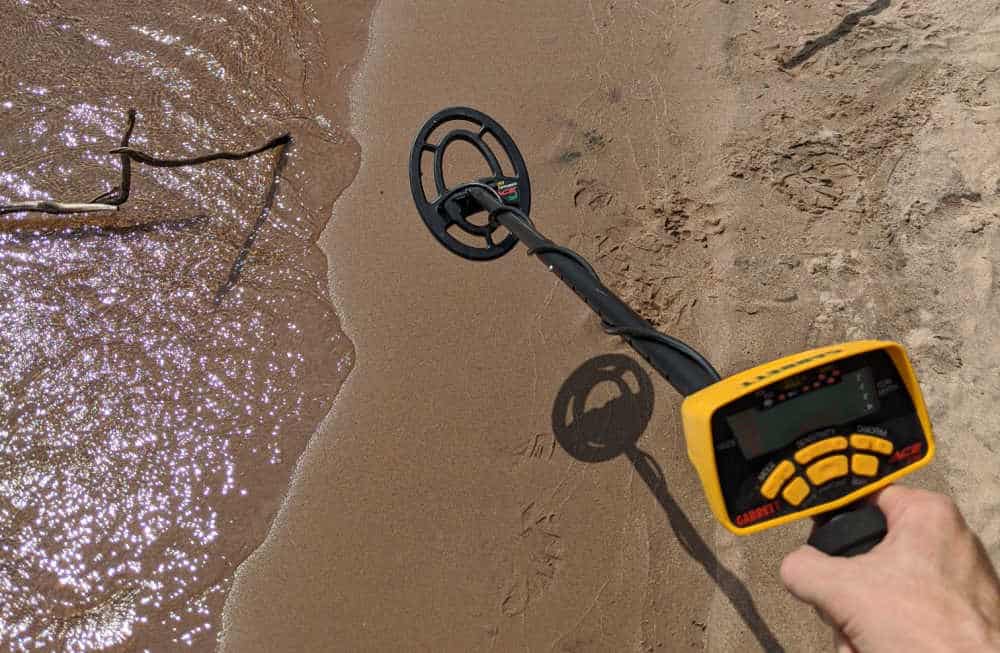 7 Best Beaches to Metal Detect in Oregon (Maps and More)

15 Places to Find Lost Treasure in Oregon (Maps and More)

Oregon contains a lot of history, and some of that history includes legends of treasure…. 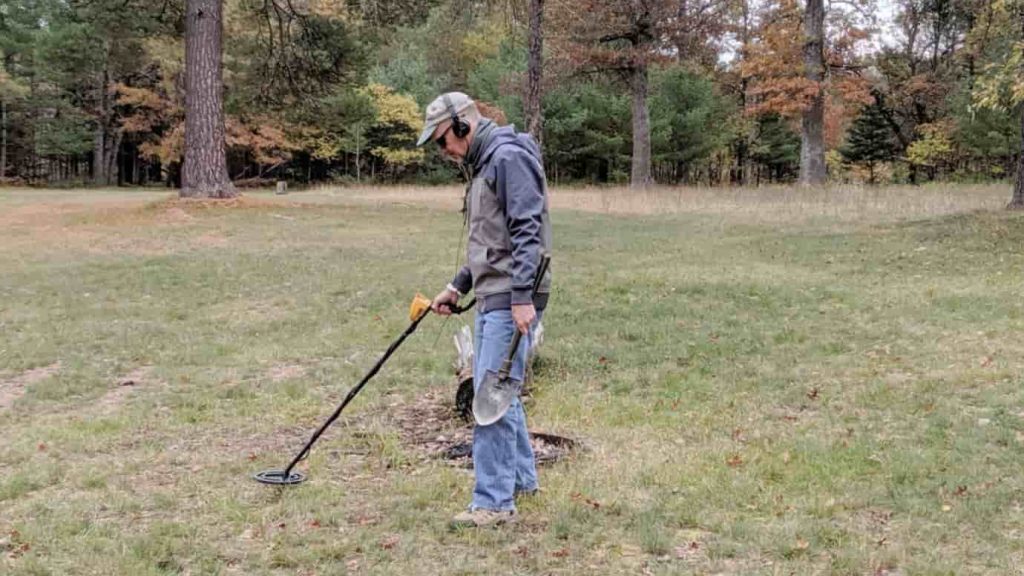 With its vast stretches of picturesque coastline and densely forested interior with rivers meandering throughout,…