If you are metal detecting in the Eastern United States, or anywhere that pertains to the Revolutionary War, you have a good chance of finding a Tombac button! These little pieces of American history are a fantastic addition to any button collection, or any metal detecting finds collection. They can also be worth money, depending on their condition. So, continue reading to learn more about Tombac buttons!

What is a Tombac Button?

Tombac buttons are one piece metal buttons, also referred to as flat disc buttons, made of copper alloys. The shanks of Tombac buttons were lengths of iron wire inserted into molds as the buttons were cast. Once the iron wire had solidified, excess metal was removed via a lathe. Circular lines and the cone shaped joint between the shank and button are evidence of this process on the back of the Tombac buttons.

These buttons were particularly popular in the second half of the 18th century through the early part of the 19th century. Tombac refers more to the material the button was made from than the actual style of button. Tombac buttons are traditionally lumped in with flat disc buttons. They are Tombac due to the materials they are made from. (Source)

What are Tombac Buttons Made of?

Tombac is a bass alloy with a high copper content, and approximately 5 to 20 percent zinc content. Tin, arsenic, or lead can be added for color. This cheap and pliable alloy was used for ornamentation, medals, munitions, and decoration. Older tombac alloys had zinc content as high as 28 to 35 percent. (Source) This metal was used for buttons during the 1700s and 1800s and the buttons are still being found today.

How Can You Tell How Old a Tombac Button is?

Tombac buttons can be identified by their flat face, shank style, and color. The flat disc button style helps date the button to between 1750 and 1820. The shank was typically set into a cylinder or piece of metal on the back of the button. You can see the wings around the shank on these buttons. This is called “Shank cast in boss.” (Source)

Color is another good indication of a Tombac button. The original patina of these buttons would have been pale yellow – white, due to the copper and zinc. Most buttons dug from the ground have a grey color below the corrosion on the button face. (Source)

What are Tombac Buttons Worth?

Tombac buttons range in value depending upon their condition and the market. As of this writing, they are selling for anywhere from about $10 to $176. (Source)

How Do I Know if I Have Found a Tombac Button?

There are a few ways you can figure out if you have found a Tombac button, or another type of flat button. One of the best ways is to find a metal detecting forum. The members of these forums are incredibly good at identifying finds and many have found related items. They can help you identify the button based on the front and back of the button.

You can also do some research online yourself. Look up button identification guides. There are several guides online that show diverse types of buttons and when they were manufactured. You can tell the age of a flat button based on the shank, a lot of times. (Source)

If you found the button metal detecting, take note of what your detector read. If it shows copper, you will know that your button is primarily copper. If it shows another type of metal, you at least have a good starting point for reference.

Another good option is to take the button to a local metal detecting club. Metal detecting clubs are full of member with a lot of experience in identifying finds. They will have a good idea based on where it was found. These members can help you identify your button and whether is it a Tombac.

Lastly, you can always take your button a university or college. Many universities and colleges have scanners that can identify the component metals of an item. This is a terrific way to understand the composition of the button, and that can help you better identify whether you have a Tombac, or another type of flat button. 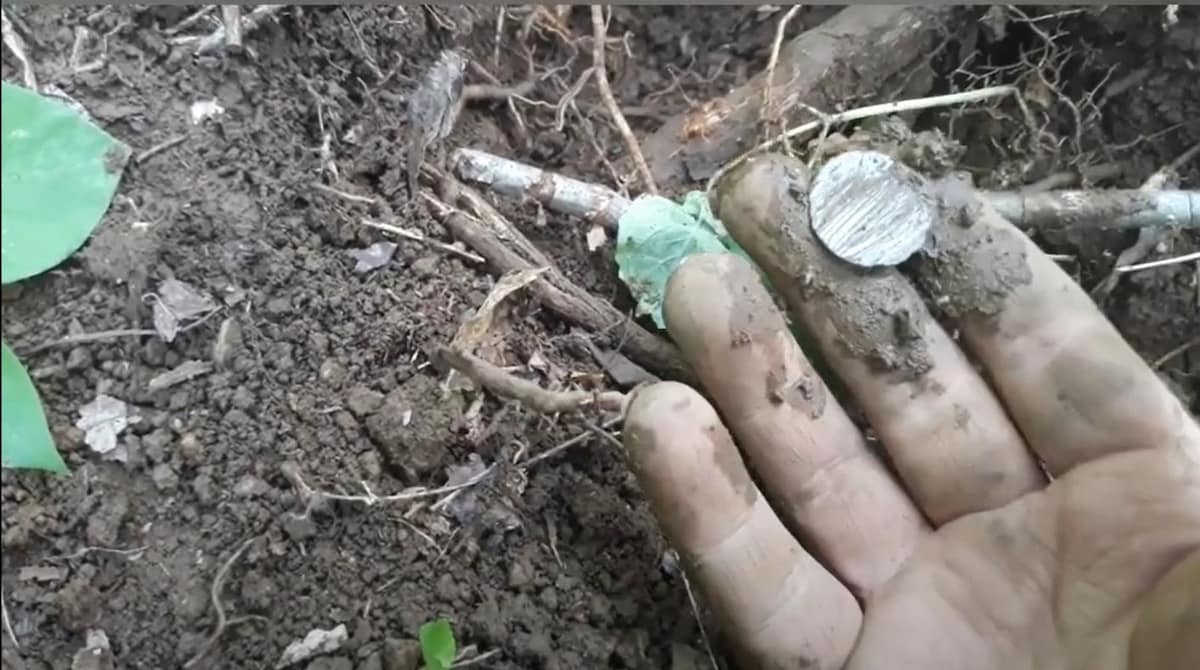 What is a Tombac Button? (Amazing Metal Detecting Find)

Tombac buttons are a great item to find while you are metal detecting. I, personally, have never found one, simply because I live… 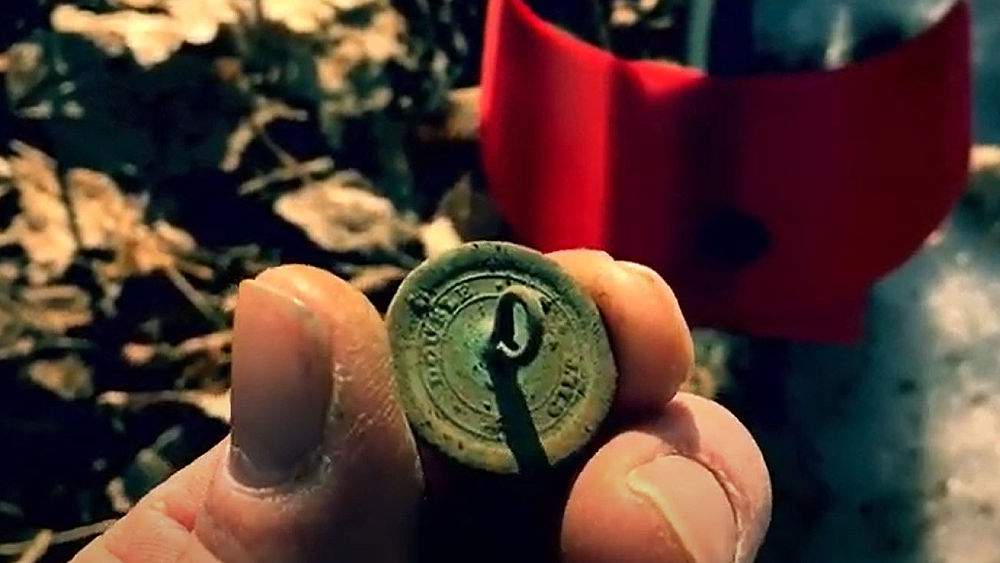 Do I Have a Double Gilt Button? (Is it Valuable?) 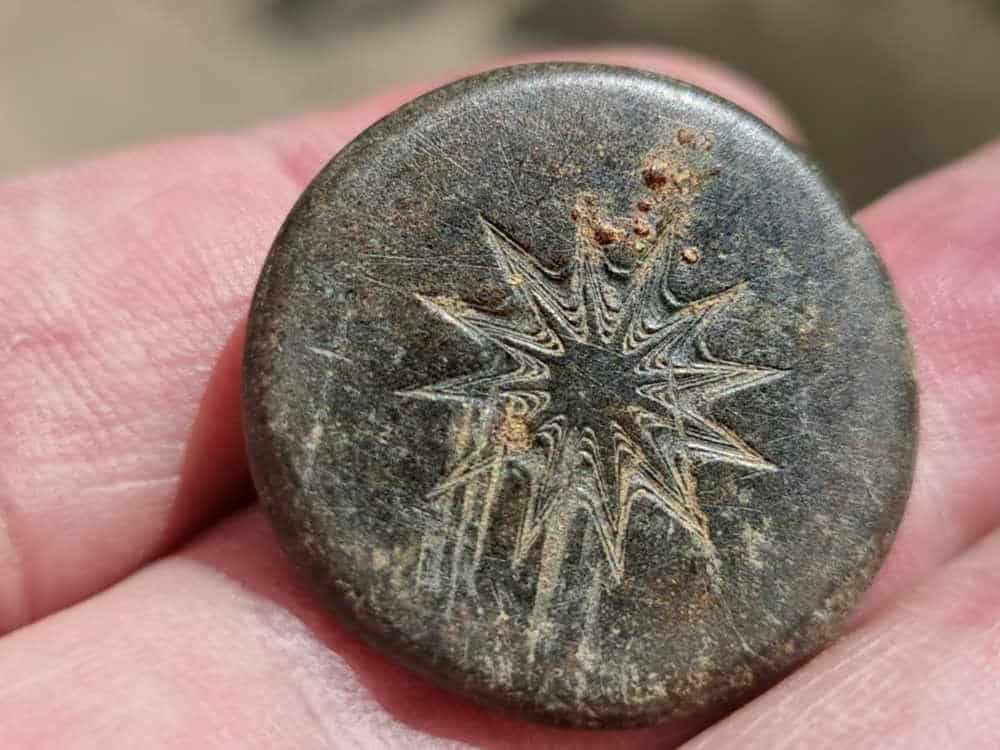 What is a Dandy Button? (Amazing Metal Detecting Find!)

I have seen many buttons pulled out of the ground by many metal detectorists throughout my life. But rarely are any as decorative… 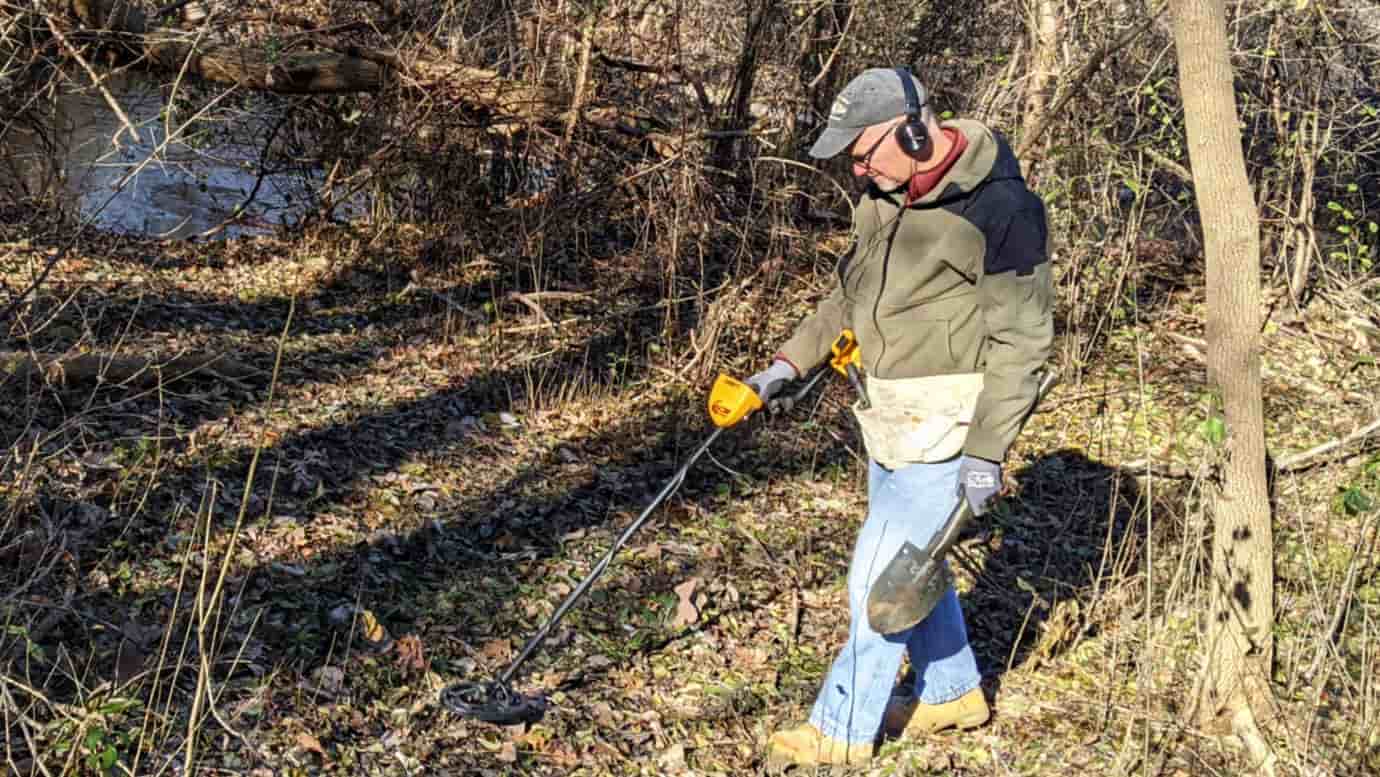 An old flat button identification is one way of finding out whether the button you found while metal detecting is antique or not….

How to Care for Old Buttons

Old buttons should be treated very carefully. Cleaning them with harsh chemicals can remove their patina and damage them irreversibly. The first step is to lay them out to dry. Once dry, use a very soft bristled toothbrush to remove any surface dirt. This will help you determine if gilding is present. If no git is present, you can use a dry toothpick. Hold the toothpick at an angle and slowly and methodically etch away the dirt in layers. Leave the dirt in any grooves, lettering, or makers mark as this makes it easier to read. You can use a little bit of oil from your skin to darken the contrast between the button and the makers mark or any lettering or etching.

If you want to display your Tombac buttons, you have some options. Take some foam and cut slits in it. Just big enough for the shank to fit into. This will keep the buttons safely inside the foam. You can also use a thin piece of foam board or cardboard. Cut a slit in the board, insert the shank, and use a pipe cleaner inserted into the shank to keep the button on the board. These can be placed in a shadow box or other frame to display.

Tombac buttons are a great piece of American history. If you find one while metal detecting or during construction, you should take all the necessary steps to preserve this piece of history. If you are unsure if you have found a Tombac, you can post pictures online to several metal detecting forums and see if anyone recognizes the button. You can also take the button to a university to have it checked. They typically have scanners that can identify the metals used in the crafting process.